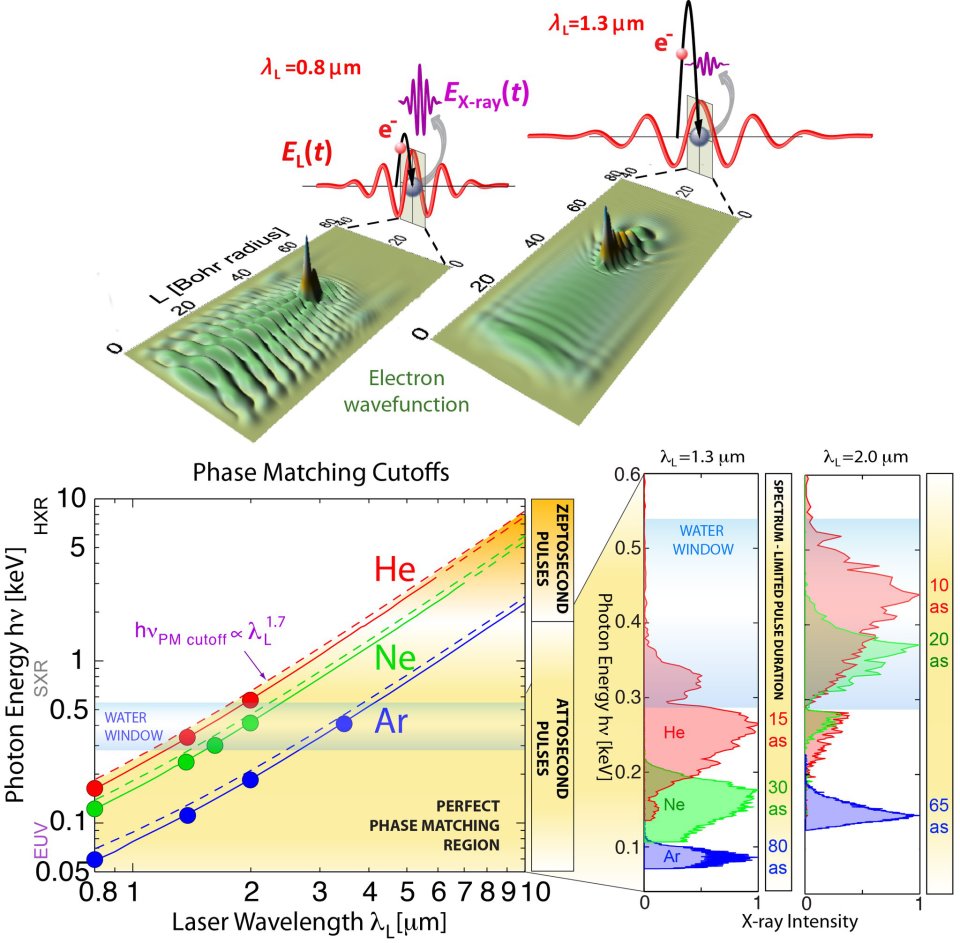 As the driving laser wavelength (period) is increased, the electron’s wavefunction spreads transversely due to quantum diffusion, which rapidly reduces the single-atom HHG yield. 1 Bohr radius = 0.53 Å. Theoretically the high harmonic phase matching cut-off increases from the vacuum ultraviolet and extreme ultraviolet into the soft and hard X-ray regions of the electromagnetic spectrum. This global phase-matching picture has been validated experimentally using several laser wavelengths and nonlinear media demonstrating that bright, phase-matched HHG emission is possible over broad regions of the X-ray spectrum. Experimental phase-matched soft-X-ray supercontinua can support very short single attosecond pulses that are isolated automatically – as short as 2.5 attoseconds (1 attosecond is 1 billionth of a billionth of a second). This concept of coherent X-ray generation is predicted to scale even into the zeptosecond regime (1 zeptosecond is 1 trillionth of a billionth of a second). 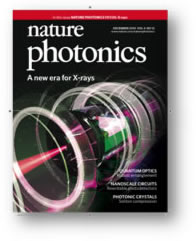